Today’s post is from Dave Katz, SVP of Coca-Cola Consolidated.  Dave went through Radical Mentoring in 2008, serves on the board of the RM foundation and is leading his third Radical Mentoring Group. Dave, his wife Daphne and his daughters Shana and Rachel live in Charlotte, North Carolina and attend Forest Hill Church.

My friend & coworker looked across the table with a stunned look on his face. “What just happened?” is right, I thought to myself.   I had just unloaded for a good five minutes about a minor little issue between the two of us. People who know me know that I never yell at work, and here I was yelling at my friend. Definitely one of those straw that broke the camel’s back moments. But what snapped inside of me to cause this?

Fast forward a few weeks to my mentoring group retreat. Each year we have our guys do an exercise called “Letter from God”. It’s a really cool way to let our men hear directly from our Heavenly Father…pretty raw and unfiltered most times – but often transformational for years to come. In fact, it’s probably one of my favorite things we do all year. Part (but certainly not all) of what makes it special is that the guys don’t know about the exercise until it’s time to do it. No prepping, no thinking about what will sound right or wrong in front of the group. For the mentor, it’s a little different, because I know it’s coming. I’m thinking about it weeks before the retreat, and this time, I had convinced myself to take a pass, and just let the guys do it. But, as I sat there with 90 minutes of nothing else to do but wait for them, God had something to say to me.

I won’t put my whole letter here, but the net-out was this…”yielding is not serving.” You see, I am huge believer in servant leadership…putting the needs of everyone else before mine. “If you want to be first, get to the end of the line,” kind of stuff. I think it’s one of my gifts from God, but taken to its extreme, some of us can turn serving into yielding. Giving in to what everyone else wants or needs or says – not pushing back because I don’t want to put what appears to be my needs first. The cumulative effect of this behavior is almost always a blow-up…and almost always at someone very close to us (friends, wives, kids) that doesn’t deserve it.

Jesus was no yielder. Time and time again in scripture we see him standing up to what’s wrong or for what’s right. Turning over the tables in the temple, arguing with the Pharisees. He was always loving to others, but also bold in his positions.

As followers of Jesus, we have an obligation to walk that same fine line. We are called to love our neighbors (even our enemies), but we shouldn’t be pushovers. If we are to be like Him, we have to lovingly push back at the right times and in the right ways. We are called to be salt and light, not bland and gray.

God gave me another keen insight about myself and Himself on our retreat – how cool is that?

Question: Where are you “holding it in” where you should be lovingly challenging someone? Tell us here. 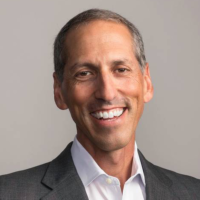 Way to bring it, Dave. This is awesome.

I’m with Mark. In my life, yielding too much actually hurts the person I’m yielding to!