[Today is ‘Shine a Light on Slavery’ Day. We have a guest post written by Daniel Kosmala, Media & Marketing Manager for Radical Mentoring. He is 23 years old and a member of Passion City Church in Atlanta, GA. He is engaged and will marry later this year.]

It’s ‘Shine a Light on Slavery’ Day so let’s start with some facts most people are either unaware of or choose to ignore.

The first time I heard these statistics, my reaction was complete anger and disgust. I was in disbelief. Twenty-seven million slaves? Being forced to labor for little or no money to pay debts they can never fulfill? Being forced to have sex for money, being abused and tortured to the very edge of life? Not just sometimes. This is what happens every day.

Can you imagine losing a child or brother or sister to the sex trade? It happens to families all over the world, every day. They lose their sons & daughters, their wives and husbands. And they may never see them again. Doesn’t this stir something inside?

We take our freedoms for granted and forget there are people chained, living a life of servitude with little hope of ever experiencing the freedom we enjoy.

Is that what God created us for? Is that why He gave all of Eden to Adam and Eve? So that we could abuse His gifts and destroy each other? John 10:10 says…..

“I have come that they may have life and have it abundantly…The good shepherd lays down his life for the sheep.”

So what about these slaves? How did this happen? Is there anything I can do?

This is why there is an End It Movement. To raise awareness. Once you make people aware of a problem, they can no longer deny its existence. God uses awareness to move people. You may not move right away. You may not be affected like others, but as you live and experience life, God will change you. Right now, you may not be affected, but God might make it personal to you further down the road. He may give you the opportunity to act on your awareness and do something.

So I’m raising awareness. I’m supporting these organizations as I can through my giving and praying. I’m lobbying for the slave trade to end. Even just telling people that may not know about the 27 million lost voices.

Help us End It. Today. www.enditmovement.com has everything you could possibly need to help raise awareness.

Question: Now that you are aware, what will your role be? Tell us here… 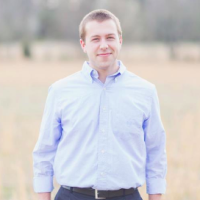